The barriers to effective assurance in the AEC sector

There are many reasons why effective assurance can be so difficult to achieve: structural, regulatory, technological, organisational and a general change-aversion. Understanding these aspects is conducive to overcoming them; as the best organisations do.

There are several structural factors, unique to the AEC sector, that are typically also explanatorily linked to the sector’s (relative) poor productivity levels. These include extensive regulation, a reliance on cyclical public-sector demand (Keynesian spending bouts, boom and bust cycles), the agency problem (misaligned incentives amongst owners and contractors) and an underinvestment in skills training, R&D and innovation.

For related reasons, the AEC sector has been laggard in taking advantage of digital tools (automation, planning, coordination and assurance solutions) to the same degree as other sectors – such as automobile, manufacturing etc. This trend is arguably improving with respect to key focus government-industry improvement initiatives such as Digital Twins.

Recent industry surveys (KPMG, 2020) point also to the ‘twin market failures of hyper- fragmentation and opacity across the industry’ as further explanators to these inefficiencies.

In the UK – but as common elsewhere, 94% of all firms in the sector employ less than 10 workers and some 99% employ 49 or less. The (generally low) productivity of such SMEs drags the sector average down significantly with evidence suggesting they are less open to such digitalisation and automation as counterparts in other sectors. KPMG’s Global Construction Survey in 2016 found that technology adoption was strongly (inversely) correlate with company size (ibid).

For the AEC sector, addressing these structural challenges (hyper-fragmentation especially) is key to improving delivery assurance and, therefore, productivity generally. This critical aspect sits at the heart of the recent UK Construction Sector Deal.

Get your copy of the complete guide to connected assurance

In this free eBook, with the experience of working with industry leaders, we explain what connected assurance is and the fundamental role it will play in the future of project and programme delivery.

For wholly sensible reasons, as per the critical role the built environment plays in our lives, AEC project delivery is governed by a huge corpus of regulation.

UK’s Construction (Design and Management) Regulations 2015 place specific duties on clients, designers and contractors, to plan their approach to health and safety – as applied throughout construction projects, from inception to final demolition and removal.

This regulatory backdrop is not diminishing.

By example, the Fire Safety Act 2021 (which began life as the Fire Safety Bill) was introduced on in March 2020, by the Home Office, in the wake of the Grenfell Tower fire and several other related tragedies.

The UK Government intends for the Fire Safety Act 2021 to be just one of a series of new pieces of legislation that make up a wider safety framework. For example, the UK Government has also drafted the Building Safety Bill in Parliament.

Other moves to improve safety in the sector’s activities include the proposed introduction of a Buildings Safety Regulator which will work in collaboration with the Health and Safety Executive.

The vast majority of this regulatory library is a necessary response to catastrophic failure; as such, it should be viewed in this positive frame – existing as it does to prevent any further complacency with respect to constructor and occupier safety. In a similar vein, the sector is set to see increasing regulation in the equally important areas of environmental (net zero) and societal impact.

This regulatory backdrop clearly heightens the assurance challenge; project teams (and their assurance colleagues) need to be versed in an ever-expanding body of regulatory requirement. This challenge in turn, raises the onus of assurance solutions to present such requirement information in clear, accessible and structured (check list) form.

Vast amounts of data are generated throughout the lifecycle of a build asset’s creation and subsequent operation. With the multi-party ecosystem, there are also a myriad of information-based interactions between such parties; the quality of these information exchanges has, therefore, a pivotal bearing on project outcome.

In this context, technology is often a barrier to overcome – especially so with respect to fragmented, disconnected and out-dated (esoteric) solutions – that exacerbate the information-exchange challenge.

Figure: The construction industry is the least digitized (Source: McKinsey; Strategy in the face of disruption: A way forward for the North American building-products industry)

Addressing this technological barrier – bringing multi-parties towards common, single versions of relevant information – is key. In this regard, the right technology stack is also a significant part of the answer.

A recent paper (Vo, Kirkham, Williams, Howells, Forster, Cooke-Davis; 2020) got deep into many of the organisational challenges of P3M assurance (as focused on major UK government projects).

One harmful factor noted, at a governmental body level, is the lack of continuity of senior responsible owners (SROs) – as especially pertinent to multi-year, ambitious capital build projects. SROs, they claim, rarely deliver a project from cradle to grave; indeed, in their analysis, only 5% of the Government’s Major Projects Portfolio (GMPP) had a single SRO over a four-year period.

The investment in SRO professional development has arguably been most evident in the public sector; notwithstanding, there is a limited pool of sufficiently senior SROs capable of directing and leading major schemes. This partly explains the likelihood of such individuals leading multiple such projects; other reasons for high levels of leadership turnover in public-funded initiatives is, of course, political/ ministerial change and the related project on/off resets.

A related challenge occurs in private AEC companies also. There has been a major improvement in many such companies in the last twenty years with respect to P3M awareness and skill enhancement (with respect to SRO and project management competencies). That said, there are still many companies betwixt a near-retirement generation (venerable, deep technical experts but limited technological and P3M skillset) and Generation Z (early technicians but technological and P3M natives). In such companies, whilst the organisational plates are invariably shifting, the senior leaders often carry significant blind spot, and capability deficit, when it comes to these fundamental capabilities. In worst case, a senior executive team simply don’t know what they don’t know with respect to P3M maturity and junior colleagues feel like they are pushing water uphill in trying to exercise any meaningful progression in this regard.

One of the primary barriers to a connected assurance capability, and P3M capability generally, is – of course – a cultural one. As mentioned above, the leaders in the business either have no reference point on what good looks like in this regard (often the case if promoted from a deep technical career path) and/or, regardless, have little appetite to change the status quo of historical modes of operation. Often, people tend to do what they have done in the past, not because it is best practice per se, but because the outcome was broadly satisfactory.

In many organisations, the winds of change are coming from the latest generation of digitally- savvy employees – often aghast at the lack of their employer’s digital innovation – especially so as it impedes the ability for collaborative progress towards, increasingly valued, societal and environmental end goals.

In a related vein, the literature on lessons learned is pervasive, yet this form of continuous improvement as applied to repetitive project form portfolios remains a major challenge to enact in large, complex organisations. Everyone gets the theoretical soundbite but a disappearingly small number get beyond the contrived theatre (typically, of a narrowly-focused lessons learned review at project closeout) towards anything remotely meaningful in this regard – certainly with respect to any corollary, post-review benefit.

Creating an organisational culture that facilitates and encourages knowledge creation, capture, sharing and utilisation is one of the most important responsibilities of a leadership team. This issue is not resolved, or remotely addressed, by the simple introduction of a central PMO or assurance-centric oversight function; rather, it requires leaders to walk the talk of this critical competence – signalling with every behaviour that these capabilities are pivotal to the organisation’s future success. 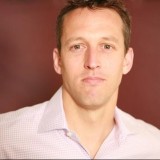 Whilst – in our experience – no two transformation journeys are the same when it comes to deliberate efforts to...

E-book Blog 01 | What is connected assurance?

Before we get going, we need to clarify some definitions. Project, Programme and Portfolio Management (or ‘P3M’) Let’s start with...

In a previous blog, we looked at a definition of Connected Assurance.  In this blog, we turn to the question...