So, a year and eight months after the conceptual “twinkle in eye” (see first concept discussion captured on our team whiteboard) … we have now released BETA v3 (a public BETA version).

We are duly proud of this achievement; not least because it is the product of many, many hours of hard team toil – but – also because it is the result of thousands of conversations with actual real-world users. Simply put, we know we have only arrived at this point as a function of our awesome (private) beta community.

Such a journey has some emotional moments. Looking back, our BETA v1 (December 2016) was a valid first attempt at bringing the concept to life but, with honest hindsight, our design really sucked. It was our (then) small band of private beta users who gave us that raw truth. Honestly, we were close to putting our fingers in our ears at that point … the psychological trap of ignoring reality/data when you have invested so much time/energy into a product (= cognitive dissonance) well and truly nearly killed us. At this early nadir moment, however, we made the right call. Spring 2017 involved taking it all right back to the drawing board and starting again with a completely new design and approach. The result BETA v2 (July 2017) was a pivotal moment and our beta users thanked us for it. Crucially, the dialogue changed from “too difficult to use” to “now an intuitive product … what about adding feature X, Y and Z”.

And so, to this day when we can unveil BETA v3 with many of those requested new features also on board: image/video content areas, sign-up simplified, profile image editor, grid/element colour labelling and early customisation options. Our private beta users are now telling us that we have a MVP but, to really validate this opinion (and to hear more great suggestions for continuous improvement) we are opening the product up to a public beta trial. You can read more about what this all means here.

So what do we have in store for future product release features? Truth be told, the idea stack is overflowing (notwithstanding: please keep the suggestions coming!) but see below for a flavour of what we will be working on in the coming months:

So, whilst we may be out of the foothills, there is still a fairly intimidating mountain ahead!

Is there a feature you would love to see us add to our development stack? If so, please let us know in the comments below or via our contact form 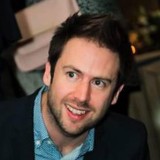 Tom Knights is a co-founder of Method Grid (a platform on which to design, build and share your methodologies and procedures). Tom is a graphic designer and has always had a passion for art and design. He tries to use design to engage, inspire and educate across all forms of media.

Connect with Tom on LinkedIn

To help your team find the information they need quickly and efficiently we have improved the way you search your...

In our latest release, we have updated your elements dashboard to include the new grid statuses, element types, RAG ratings,...

How do your delivery teams compare with the most productive (and most collaborative) in the AEC industry?

Why this matters … We work with, and speak to, multiple organisations in the AEC sector. With this (privileged) position,...

Do you deliver ALL your AEC projects to a consistent high standard? Why this matters and how to ensure you do …

Why this matters … As our recent e-book was in final draft, we were in conversation with one of our...

Is your senior executive team supporting project delivery success – or – holding it back?

Why this matters … Let’s agree at the outset that senior executives don’t always understand what project, programme and portfolio...